From Dawn of Corruption Wiki
Jump to: navigation, search

Fight Moves come in the form of Cards, which have the following information displayed on them: 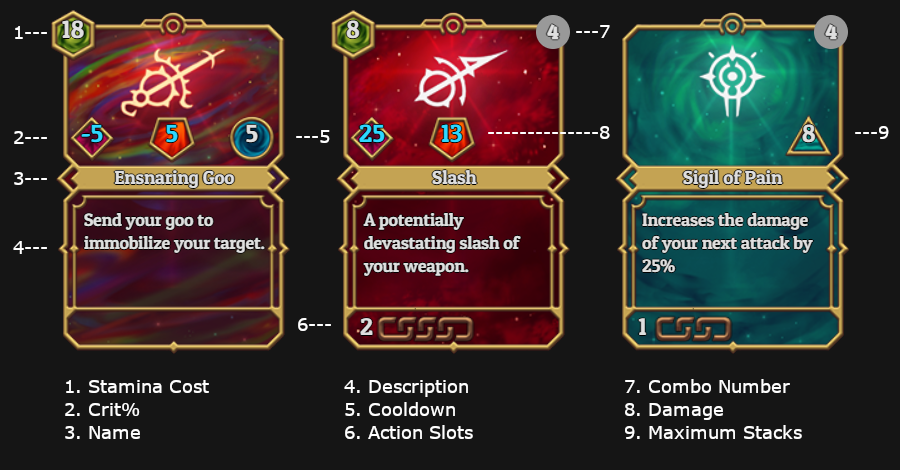 There are many types of Moves in DoC, each with their own properties and restrictions, as well as 3 (three) categories that these Moves belong to; Combo Moves, Special Moves & Idle Moves.

Combo Moves take up the majority of the Fight Moves in DoC and have a wide variety of effects and costs. Depending on the amount of Stamina and Action Slots the Player has, they may Combo 4 (four) to 6 (six) Combo Moves together per turn.

Special Moves, when selected, perform a Unique Attack that cannot be used in a combo with other Moves. They tend to have a high Stamina cost and require certain conditions to be met in order to use them. Some of them even have a Cooldown (the amount of turns required before you can use them again), unlike other types of Moves that do not.

There are only 2 (two) Idle Moves in DoC, which the Player unlocks by default and always has access to. They cost no resources to perform, but have their own uses.